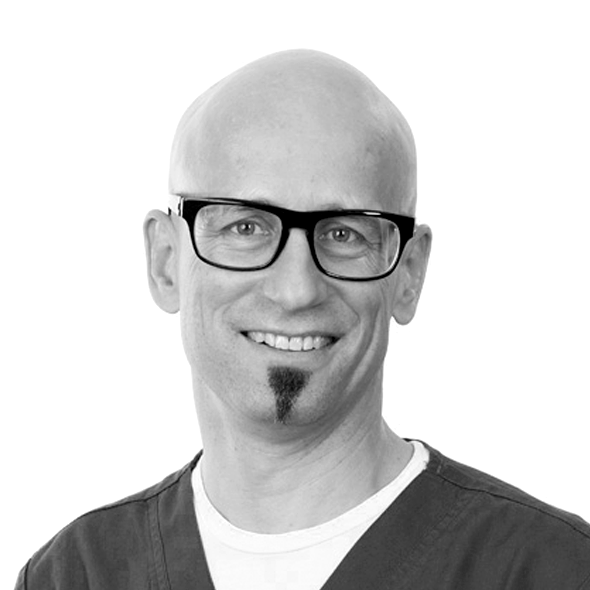 Markus B. Hürzeler received his D.M.D. degree in 1984 from the University of Zürich. He was certified as a Periodontics Specialist by the Swiss Society of Periodontology in 1989 and as a Prosthodontics Specialist by the German Society of Prosthodontics in 1991. He spent two years at the University of the Houston, Texas, Dental Branch as a Visiting Associate Professor in the Department of Periodontology from 1991-1993. After returning to Freiburg, Germany, he obtained the Docent (PhD) degree from the Department of Prosthodontics at Albert-Ludwigs University in Freiburg, Germany in 1996. He then moved to Munich, where he has since operated a joint private practice together with Dr. Otto Zuhr, limiting his activity to periodontics and implant dentistry. In 2002, he was appointed Professor of Dentistry at the Department of Medicine of Albert-Ludwigs University in Freiburg, Germany. In 2008, he co-founded the Hürzeler/Zuhr Education Center together with Dr. Zuhr, where they teach the concepts and philosophy of state-of-the-art dentistry. Markus B. Hürzeler has been a Clinical Associate Professor at the University of Texas in Houston since 1993, and an Associate Professor at the Albert-Ludwigs University Department of Preventive Dentistry and Periodontology in Freiburg Germany since 1997.

Professor Hürzeler is the president of the European Academy of Esthetic Dentistry (EAED). He has produced more than 150 scientific publications in the field of implant dentistry, periodontology, and tissue regeneration. He regularly gives lectures and courses on topics related to periodontics and implant dentistry at national and international events. In 2012, Markus B. Hürzeler and Otto Zuhr published the world renowned book “Plastic-Esthetic Periodontal and Implant Surgery – A Microsurgical Approach”.